In Part 1 of Tuning and ECU flashing explained simply we covered the basics of what it means to tune or flash your ECU (Engine Control Unit). We saw that it was possible to unleash a lot more power and features on a vehicle that comes out very tame from the factory by simply editing code on the computer.

So you may be wondering what the difference is between a Flash and a Dyno Tune. Simply put, a “flash” is the act of reprogramming your current ECU like Superbike Unlimited does (refer to Part 1)  and putting on new changes so your bike behaves differently. The flash file can be saved for use later and also modified on the computer before “re-flashing” the ECU with the new changes once again.  It is the same as if you were to plug in your USB drive with a word document stored on it, change things in the word document and save it. You’ve essentially flashed your USB drive with the new word document changes.

If you were to open a “flash” file you’d see something like below:

The 3-d map you see in the picture above on the top left hand corner shows the user what the engine is doing at a given load and is easy to visualise rather than reading cells like the top right and bottom middle windows. The user can edit how much fuel is delivered to the engine at a given RPM/Load (throttle opening) and also change when the spark plugs fire for optimal ignition of the fuel/air mixture (this explanation is very basic and A LOT more goes into tuning but the basics are explained).

In nearly all cases a given flash is very specific to a model of vehicle. For example a flash designed for a 2010 Yamaha R1 for example can only be applied to the exact same model R1 and thus the exact same type of ECU. As the 2009-2010 Yamaha are the same bike, the flash you apply on a 2009 R1 can be applied to a 2010 R1 and vice versa. However the flash cannot be applied to a 2015 Yamaha R1 which is a completely different bike, engine and ECU. Even though both bikes are R1’s and 1000cc engines.They are so drastically different in terms of engine type even though both are the crossplane engine. The engine characteristics (such as bore, stroke, camshaft sizing) will render the flash for a 2010 R1 completely useless. You must understand that although a flash can be “one size fits all” (which is heavily marketed by people like Superbike Unlimited and others who try push “mail-in ECU flashing”), the one size may not fit everyone nicely. If you have a completely factory 2010 R1 and your friend has a 2010 R1 with an akrapovic exhaust and aftermarket air filter, you both ideally should not use the same map. However you both may benefit from slightly increased fuelling and ignition changes to get more power out of the engine. The difference being your friend’s modified R1 will benefit from even more fuel throughout the range than your stock R1 as his engine can suck in more air thanks to the better air filter. Which brings us to Tuning!

Tuning is usually done on a Dynamometer. I say usually because vehicles can also be road tuned. However because tuning must happen throughout the rev range, ideally right till redline, this may not always be agreeable with the local police.

A tuner plugs a whole bunch of instruments such as a wideband air-fuel sensor into your bike and runs it on a dyno. They run it throughout the rev range and observe how the bike behaves. They observe things such as the air fuel ratio and whether there is any adverse effects like knock (https://www.youtube.com/watch?v=maZyPJIOknE). The tuner will then adjust engine parameters to get the best performance out of the engine whilst ensuring it behaves safely throughout its lifetime. There are of course pure race engines that are tuned so finely and so close to the edge to get every bit of horsepower that their lifespans are quite short due to the stress on internal components. These engines are usually only run for a few race meets before rebuilds or refreshers and such aforementioned tunes are definitely not for the average rider and bike. After the dyno tuner has edited the maps to suit the bike, the map can be flashed onto the ECU and from that moment onwards, the bike runs according to what is dictated by the new tune. Because the tune was made specifically for the bike that was run on the dyno, it is not recommended to use the same tune for the next bike (assuming it is the same model etc). The map can however be used as a base/guideline for the next bike of the same model and edited to suit the characteristics of the new engine being tuned. The requirement of dyno tuning to ensure prolonged engine life and maximum possible power is done on the premise that all engines are different (even slightly). The exact same type of bikes with the same modifications will behave slightly different to each other and tuning ensures the variances are accounted for. Dyno tuning can be very expensive due to the time taken.

So in conclusion, if you take away anything, take these notes: 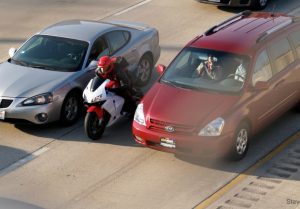 Overview I have been riding for about 6 years now. In the first 4 years I didn’t own a car and I rode every day, rain, hail or shine. Clocking up hundreds of kilometres per week. I commuted every day and then rode on weekends for fun. At one point

Do we really own what we buy – Right to repair and software ownership on modern motor vehicles.

Do we really own what we buy – Right to repair and software ownership on modern motor vehicles.